The concept of real peace and its distractions 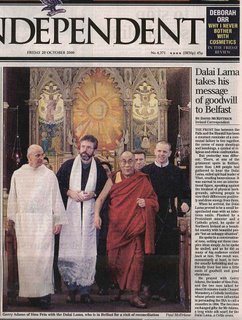 term since the appearance of humanity. However, this term has been gradually manipulated and misused for individual's or group's propaganda. Some people hold peace concept by clinging to it, some use it to justify their aggression or war, and some use it correctly owing on causes and effects or its reality of phenomenon.

As we can comprehend, some people use peace word by attaching to it. It is illusive for them. In this problem, they believe in things outside themselves. They pray or kneel to invoke for grace, help or redemption. When they are facing with fear, suffering or difficulties; they will find some outside super power or super being to make them peace. This is a type of temporary consoling their weakness. In reality, they are still confronting with ups and downs. This is called misunderstanding norm. They find peace by seeking outside power and believe in unseen or untouchable thing. Mostly, they might look over the real peace inside themselves(inner peace). For instance, people who are suffering always go to bars, gamblings or drinking alcohol. Some kneel to pray to God or creator in order to appeal Him for protection or redemption. People have been practising like this since they were born of delusion.

In other aspect, some people use the word of peace to justify their aggression or warfare. We can see many giant countries have tried to invade or creat war in other countries by accusing those of terror or atrocity. Some cases are true, but some cases are false. For example, Vietnam has invaded Cambodia and they have said that they had empathy to liberate Cambodia from genocidal regime of Pol Pot. We are thankful for their compassion. But we are sad that when everything in Cambodia is in the order, they still strenghten their forces and didn't want to go back home. Furthermore, Vietnam has tied Cambodian leaders with many agreements with them during the invasion. Now, all people around the world including Cambodians, Vietnamese, Thais and other nationalities are still wondering the controversy of April 18, 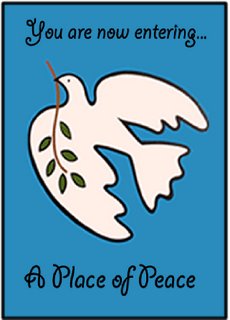 Peace is very important for everybody who are pursuing in finding real happiness. Real happiness doesn't come from materials like money, new house or new car etc. Or real peace doesn't come from the hardship practising of mind punishment. But real peace comes from understanding or insighting the three characteristics of phenomenon. These three characteristics are the truth of impermanence, the truth of decaying/suffering and the truth of non-self/non-substantiality. When people understand about these three common things of the world, they will live in the present with mindfulness and peacefulness. This is the only way; it is the way of middle path leading to the cessation of all sufferings. We must understand that, when individual peaces, the whole family peaces, the whole society peaces, the whole country peaces and the whole planet peaces finally.