By SETH MYDANS
Published: January 25, 2007
Source of this article: The New York Time 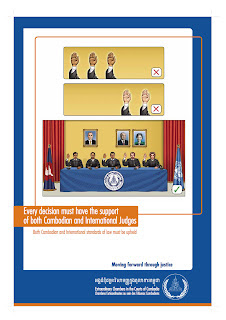 PHNOM PENH, Cambodia, Jan. 25 — _ The Cambodian judges were on one side and the foreign judges on the other this week, in a dispute that captures a decade of difficulties in bringing to trial the last surviving leaders of the murderous Khmer Rouge.

If the judges cannot agree on procedural rules soon, analysts and officials at the tribunal say, some of the foreign judges may walk out. That would cast an even deeper shadow over a process that some critics say is already so compromised as to be of doubtful value.

Seventeen Cambodians and 12 foreigners were empaneled as judges and prosecutors in the matter last July, inaugurating a United Nations-sponsored process that mixes Cambodian law with international standards of justice.

It is an awkward formula, made all the more questionable by the meager qualifications of the Cambodian judges, who were appointed by Prime Minister Hun Sen and are answerable to him.

Three decades have already passed since the Khmer Rouge ruled Cambodia with a brutal hand, causing the deaths of 1.7 million people from 1975 to 1979 through killings, torture, starvation and overwork.

The trial, meant to be of “those most responsible” for the crimes, is expected to focus on, at most, a dozen targets. Most of the potential defendants are very old and some have already died — notably the supreme leader of the Khmer Rouge, Pol Pot, in 1998. Among those still alive, only one is now in custody; the rest live freely in Cambodia.

Robert Petit, the Canadian lawyer who is serving as co-prosecutor in the case, has been actively gathering evidence but has not said where it is leading him.

In an interview, he said he was ready to propose his first indictments once the judges had formalized the court’s rules, at a plenary session tentatively set for March. The trial itself might then begin by the end of the year.

Cambodia and the United Nations reached an agreement on the structure of the mixed tribunal in 2003, after years of negotiations over both technical and political differences.

Those differences remained at the heart of the disagreements that have stalled the process since last November.

A rules committee of nine judges is trying to resolve the differences. Sean Visoth, a Cambodian who is the tribunal’s coordinator, said, “If there is no compromise and there is no plenary, the international judges will walk away.” 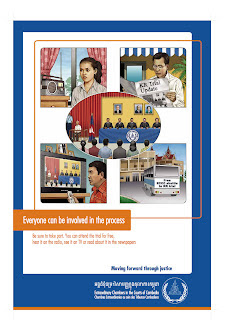 The delay has revived an old concern that Mr. Hun Sen may not in fact want the trial to proceed, and may instead be creating the latest roadblocks in a long series that have impeded progress for years.

Among other things, he is believed to be under pressure from China, which presumably would be embarassed if a trial directed international attention to Beijing’s former close ties to the Khmer Rouge.

There are more than 100 procedural rules, some quite complicated, for the judges to agree on. But the core disputes appear to involve one fundamental, long-running issue: securing the trial’s independence from Cambodian political manipulation.

On the Cambodian side, control is an important concern, according to the American ambassador to Cambodia, Joseph A. Mussomeli. “The government in general tries to keep tight control over the judiciary and anything that could have negative consequences,” he said.

In a country where the politics of the present remain tangled in the past, the proper scope of the indictments is contentious. Some former middle-ranking Khmer Rouge officials are prominent in the current government, including Mr. Hun Sen — although experts say he bears no responsibility for the regime’s atrocities. 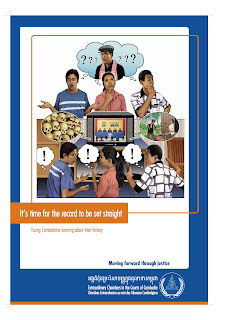 Some potential defendants may also have powerful patrons who are trying to protect them.

According to people briefed on the negotiations, the judges are at odds over a complex proposed rule that would in effect allow an indictment to proceed without the agreement of the Cambodian side. That provision is one of several balancing acts in the tribunal’s supermajority system, which in most respects gives the foreign and Cambodian judges veto power over one another’s decisions.

The Cambodian side is also seeking to limit the right of defendants to be represented in court by foreign lawyers, which it says is a violation of Cambodian legal sovereignty. Foreign analysts say the Cambodians do not want aggressive defense lawyers who are independent of any political guidance to move the case in unpredictable directions.

A British lawyer, Rupert Skilbeck, who will coordinate the lawyers’ work, said defendants would be placed at a disadvantage if they could not select their own lawyers.

“It’s important that the trials are very fair, because if they’re seen as show trials, then there will be no justice,” Mr. Skilbeck said in November, speaking to the Cambodian Bar Association, which is closely allied with Mr. Hun Sen and which opposes participation by foreign lawyers.

Mr. Mussomeli said the Cambodian government, accustomed to controlling the judiciary, might be reacting defensively to Mr. Petit, who has taken on his job as prosecutor with an energy and independence that is unfamiliar here.

In the interview, Mr. Petit sought to calm these concerns, saying he was aware of the sensitivity of his role and of the possibility that the tribunal could be derailed by an overaggressive 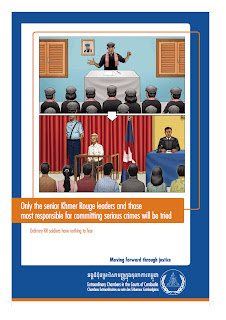 prosecution. “We have to apply the law in the context of Cambodia,” he said. “I’m not stupid. You have to exercise discretion.”

Mr. Petit has been involved in international tribunals in Rwanda, Sierra Leone, Kosovo and East Timor, and he said he understood that in cases like these it was not possible to follow the law blindly, without reference to its context.

“We all have a sense of our responsibilities,” he said. “Our primary responsibility is to deliver justice to the victims of these crimes.” That would not be possible, he said, if the process is shut down for any reason.

He said he did not yet know how many cases he would forward to the next level of the tribunal, the investigating judges, who are to issue indictments.

“In this particular tribunal there are very specific expectations,” he said. “Everyone ‘knows’ what happened: We’ve got the evidence there, you just have to pick it up and carry it into court.” But in fact, he said, matters are not that straightforward.

“We have to grasp events of great magnitude that happened 30 years ago and be legally and morally convinced that we have cases against individual people,” he said.